Oral Cancer Facts & Rates of Occurance in the United States 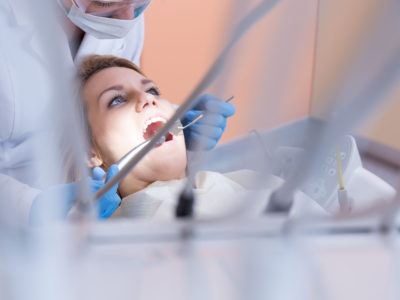 Close to 53,000 Americans will be diagnosed with oral or oropharyngeal cancer this year. It will cause over 9,750 deaths, killing roughly 1 person per hour, 24 hours per day. Of those 53,000 newly diagnosed individuals, only slightly more than half will be alive in 5 years. (Approximately 57%) This is a number which has not significantly improved in decades. (The survival number at 5 years from diagnosis was for many decades about 50%, so 57% is an improvement over the last ten years. However this is due to the increase of HPV16 caused cancers which are more vulnerable to existing treatment modalities, conferring a significant survival advantage. So a change in the etiology, not improved early discovery or treatments; which are relatively unchanged from a decade ago, are not the primary cause for improvement.) The death rate for oral cancer is higher than that of cancers which we hear about routinely such as cervical cancer, Hodgkin’s lymphoma, laryngeal cancer, cancer of the testes, and many others. If you expand the definition of oral and oropharyngeal cancers to include cancer of the larynx, the numbers of diagnosed cases grow to approximately 54,000 individuals and 13,500 deaths per year in the U.S. alone.

Historically the death rate associated with this cancer is particularly high not because it is hard to discover or diagnose, but due to the cancer being routinely discovered late in its development. Today, (2019) that statement is still true, as there is no comprehensive program in the US to opportunistically screen for the disease, and without that late-stage discovery is more common. Another obstacle to early discovery (and resulting better outcomes) is the advent of a virus, HPV16, contributing more to the incidence rate of oral cancers, particularly in the posterior part of the mouth (the oropharynx, the tonsils, the base of tongue areas) which many times does not produce visible lesions or discolorations that have historically been the early warning signs of the disease process in the anterior (front) of the mouth.

Often oral cancer is only discovered when the cancer has metastasized to another location, most likely the lymph nodes of the neck. Prognosis at this stage of discovery is significantly worse than when it is caught in a localized intraoral area. Besides the metastasis, at these later stages, the primary tumor has had time to invade deep into local structures.
Oral cancer is particularly dangerous because in its early stages it may not be noticed by the patient, as it can frequently prosper without producing pain or symptoms they might readily recognize, and because it has a high risk of producing second, primary tumors. This means that patients who survive a first encounter with the disease, have up to a 20 times higher risk of developing a second cancer. This heightened risk factor can last for 5 to 10 years after the first occurrence. There are several types of oral cancers, but around 90% are squamous cell carcinomas. (Detectible early with Visalite and TBlue).